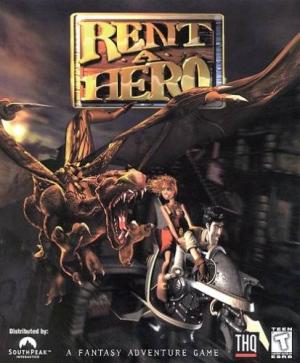 Rent-a-Hero is set in a fantasy world on the island of Tol Andar. Its protagonist, Rodrigo, is a professional "hero for hire" who undertakes quests for a price. He struggles to compete with Tol Andar's many other mercenary heroes. When Rodrigo's rivals are called away to help combat a pirate invasion, he receives the job of finding Jasmin, wife of a dwarf named Ramil.