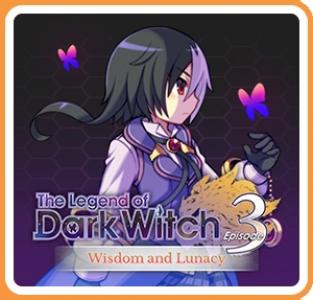 The Legend of Dark Witch 3 Wisdom and Lunacy

The player (Zizou) advances through a variety of stages while using their Shot and Lord Attack to defeat enemies. Defeating the bosses at the end of stages clears the stage. Beating all stages clears the game. When you start the game you'll play through the Opening Stage. Upon clearing that, you'll move on to the Stage Select Screen where you have 8 stages to choose from. The Syega Fragments and Tres collected during stages can be used to Power Up the player character. After defeating a certain number of enemies in a stage, or reaching certain places you'll receive Syega Fragments which can be used to activate slots temporarily.