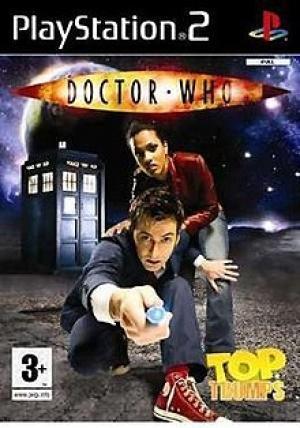 Top Trumps: Doctor Who is a video game for the Nintendo DS, Nintendo Wii, Windows and PlayStation 2 consoles, based on the Top Trumps card game. It was published by Eidos. It is the first Doctor Who video game in 11 years since 1997, Destiny of the Doctors. Part of the Top Trumps Adventures games, the game is set in the Doctor Who universe and features characters from the Tenth Doctor and Ninth Doctor's adventures including the Tenth Doctor, Martha Jones, Capt Jack Harkness, Dalek, Cyberman and Slitheen from series 1 to series 3 of the new series in the animation style of the animated stories "The Infinite Quest" and "Scream of the Shalka".