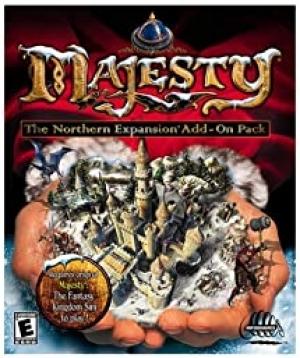 Majesty: The Northern Expansion is generally seen as a fine sequel to the critically acclaimed Majesty. It features new unit abilities, buildings, monsters, and twelve new single player scenarios (two of which are in a new "Master" level). Freestyle play is also available and includes new features including those present in the single player quests. In Majesty: The Northern Expansion, the player will, as Sovereign, expand their kingdom into the Northern Reaches of Ardania, a cold (both literally and figuratively) and unforgiving region. The challenges ahead are extremely treacherous, but the reward is well worth the effort.