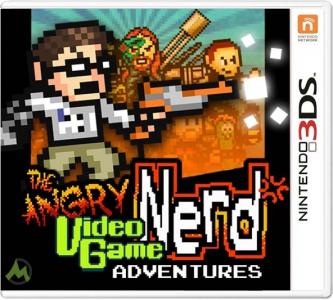 The game follows the Nerd attempting to rescue his friends, all of whom were sucked into the Nerd's television set (done in a Cheetahmen-esque style). The Nerd uses a NES Zapper as his main weapon, and a character known as Naggi the Patronizing Firefly, a parody of Navi from The Legend of Zelda: Ocarina of Time, guides him through the tutorial. Throughout the game, he faces zombies, Mr. Hyde, Custer, The Giant Claw, Fred "Fucks" (Fred Fuchs), both Jason Voorhees and an oversized version of Freddy Krueger's right arm (references to the Friday the 13th and A Nightmare on Elm Street games respectively but their names were changed to Bimmy (Freddy Krueger) and Jimmy (Jason Voorhees), and more.