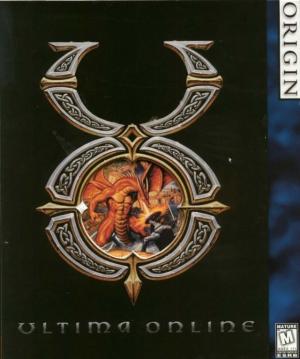 Enter the magical world of Ultima Online. A world with spells and monsters. Quests and heroes. A living, growing world where thousands of real people discover fantasy and adventure 24 hours a day, every day of the year. Thousands of Players Online Imagine the possibilities when so many people are playing at the same time, in the same game. Never before has a fantasy adventure of this magnitude been experienced. Play solo or with as many friends as you wish. A Persistent World Life goes on and events transpire whether you're logged in or not. Come and go as you please. Britannia will always be there when you return -- but it won't be the same as when you left. Unique Characters Your appearance, abilities and personality are uniquely your own. Skill-based character development allows you to distribute your talents among combat, magic and professional skills according to your individual tastes. Social Interaction People from all over the world will join you in this exciting, high-fantasy setting. Chat with other players in real-time. Dialog appears directly onscreen above the speaking character, not in a separate chat window. Fully Simulated World With its own virtual economy and ecology, Ultima Online is unmatched in realism. Monsters roam the countryside in search of food. Limited resources create a market ruled by supply and demand.