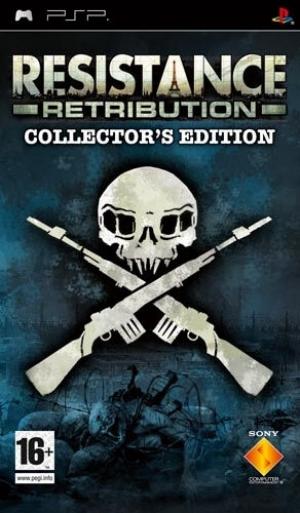 Set in the weeks after Resistance: Fall of Man, Resistance: Retribution follows the story of former British Marine James Grayson. After a personal tragedy - he is forced to kill his own brother inside a Chimeran conversion center - Grayson goes on a vendetta to destroy every conversion center he can find. Eventually Grayson learns that his efforts have been futile... in Western Europe the Chimera have evolved a new method of converting humans to aliens. The European resistance - the Maquis - enlist Grayson's help, and he joins Cartwright and Parker in Operation Overstrike. The war to retake the European continent has begun. Collector's Edition includes four concept art postcards and a promotional code to download an exclusive Resistance: Retribution theme for the PSP.