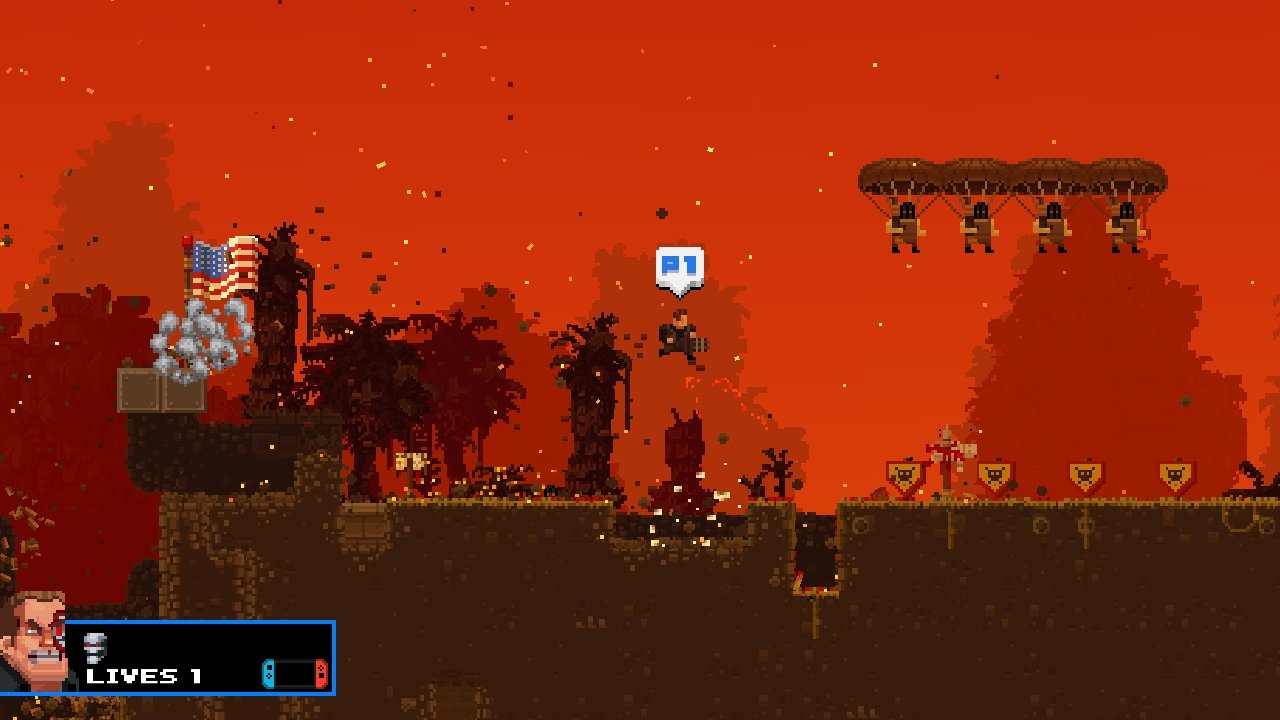 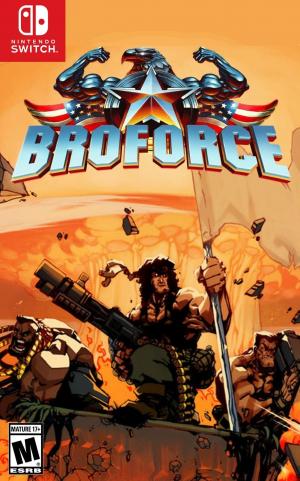 Broforce is a side-scrolling run-and-gun platform video game developed by Free Lives and published by Devolver Digital. Development began in April 2012 as a game jam entry and continued with developer and popular support, existing as an Early Access game. The game was released on 15 October 2015 for Microsoft Windows and OS X, and Linux port followed two days later. A PlayStation 4 version was released on 1 March 2016 and a Nintendo Switch port was released on 6 September 2018. 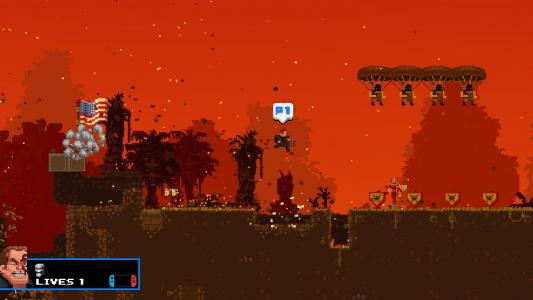