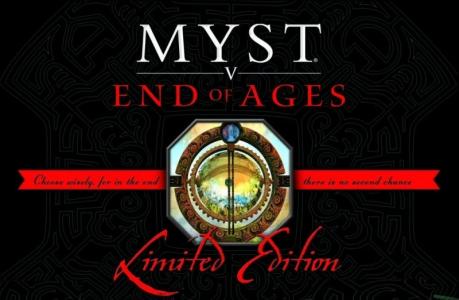 a 2005 adventure video game, the fifth installment in the Myst series. The game was developed by Cyan Worlds, published by Ubisoft, and released for Macintosh and Windows PC platforms in September 2005. As in previous games in the series, End of Ages's gameplay consists of navigating worlds known as "Ages" via the use of special books and items which act as portals. In a departure from previous titles in the Myst series, End of Ages replaces pre-rendered environments with worlds rendered in real-time 3D graphics, allowing players to freely navigate the Ages. The faces of actors were digitally mapped onto three-dimensional character models to preserve realism. The game also includes multiple methods of navigation and an in-game camera.