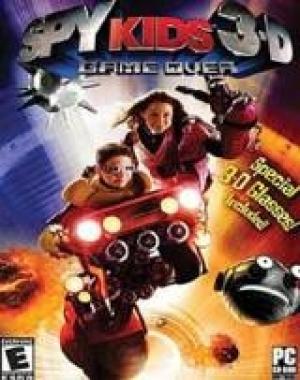 Spy Kids 3-D: Game Over is a computer game based on the Dimension Films motion picture of the same name. The player begins as Juni Cortez, and has to participate in three different events from the movie's plot in order to find Carmen (Juni's sister) and shut down the virtual reality world. During gameplay, secret files are unlocked, which include behind-the-scenes photographs from the film. After two levels of gameplay in each event, the player enters a bonus stereoscopic 3-D level which requires the use of Red-Cyan 3-D glasses to view the special effects.