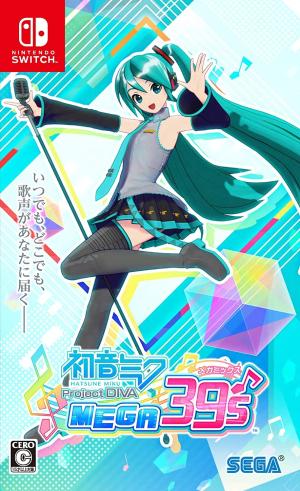 The virtual international idol Hatsune Miku is coming back to the limelight and now on her new stage. Guess what? Sega has announced that Hatsune Miku is now confirmed to make her first appearance on the Nintendo Switch with the new game, Hatsune Miku: Project Diva Mega39’s (初音ミク Project DIVA MEGA39’s). In collaboration with Sega AM Research & Development No. 2, the game is set to release in Japan in early 2020. The rhythm title features 101 songs in total with 100 coming from the previous titles and the extra one being the game’s newly written theme song. You can enjoy more than 300 modules (costumes) and new game modes made particularly for the Nintendo Switch. Also, it is worth noting that our international idol, Hatsune Miku, even looks more attractive now with her total anime-style makeover, as well as the other 3D character models in the game. Confirmed Songs Included: – Decorator by Kz – Odds & Ends by Ryo, – Rolling Girl by Wowaka – Alien Alien by Nayutan Seijin (new song) – 39 Music! by Mikito-P (new song) Ten brand new songs have also been added in this game for you to enjoy! Worry not though Hatsune Miku PS4 title owners, these newly recorded songs are also expected to be added to the PS4 release Hatsune Miku: Project Diva Future Tone / Hatsune Miku: Project Diva Future Tone DX sometime in 2020 as a paid DLC. 10th Anniversary Collection Limited Edition that includes the main Hatsune Miku: Project Diva Mega39’s game, special box illustrated by KEI, CD collection of 5 discs, and SONOCA card for the theme song “Catch the Wave” by kz.