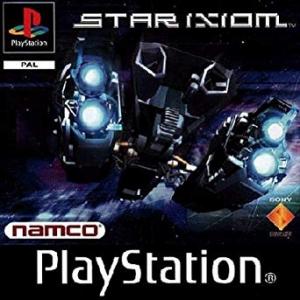 Star Ixiom[a] is a 3D space combat simulator video game developed and released by Namco in 1999 for the PlayStation. It is the sequel to the 1985 Family Computer game Star Luster, which was Namco's first original game for home consoles. In the game, the player controls one of seven ships in their mission to wipe out an alien race threatening the galaxy. Gameplay revolves around clearing missions to progress further, such as destroying a certain fleet of enemies or protecting a space station from enemy fire. The game is part of the fictional United Galaxy Space Force universe, which combines many earlier Namco games into a flowing timeline. Much of the game's playable ships and enemies are based on those from other Namco games such as Galaga and Bosconian. Upon release, Star Ixiom received mixed reviews - while many applauded its visuals and controls, it was criticized for its simplicity and lack of variety in missions, with several outlets unfavorably comparing it to Colony Wars.