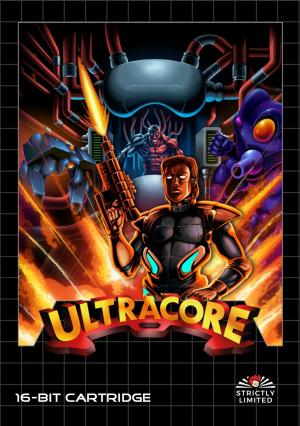 Ultracore (originally known as Hardcore) is a run and gun game developed by Digital Illusions. Originally due to be released for Amiga, Sega Genesis, and Sega CD platforms, the game was canceled by its publisher, Psygnosis, in 1994 after it had been almost finished. The game was salvaged by publisher Strictly Limited Games and released together with the Mega SG aftermarket console in March 2019. Releases for Nintendo Switch, PlayStation 4, and PlayStation Vita are planned for 2019. A version compatible with original Sega Genesis systems is also planned.