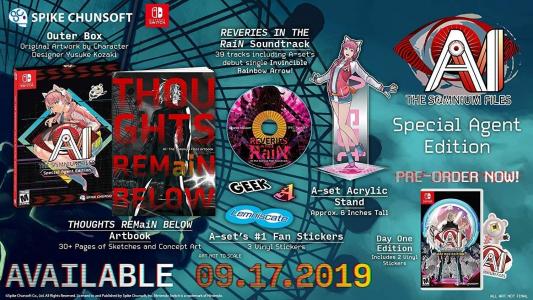 In a near-future Tokyo, detective Kaname Date is on the case of a mysterious serial killer. Date must investigate crime scenes as well as dreams on the hunt for clues. From the mind of Kotaro Uchikoshi (Zero Escape series director), with character design by the Yusuke Kozaki (NO MORE HEROES, Fire Emblem series), a thrilling neo-noir detective adventure is about to unfold. Limited Edition includes A-set acrylic stand, outer box with original artwork by character designer Yusuke Kozaki, THOUGHTS REMaiN BELOW artbook, REVERIES IN THE RaiN Soundtrack, and A-set's #1 Fan stickers.