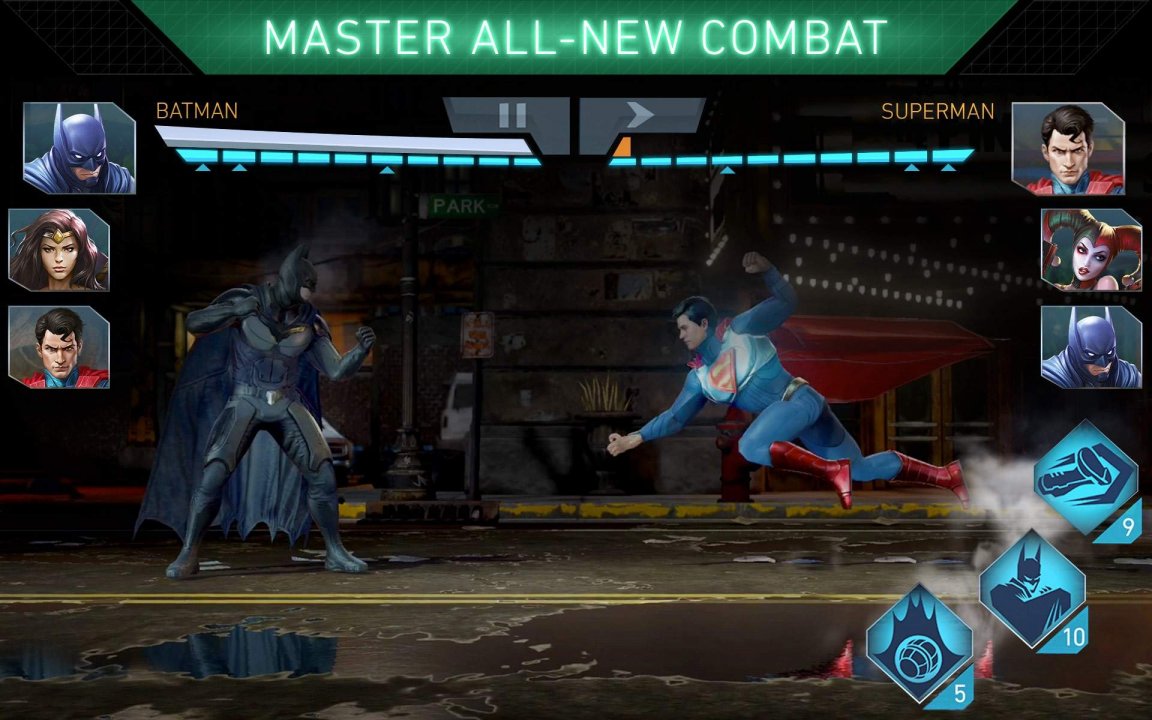 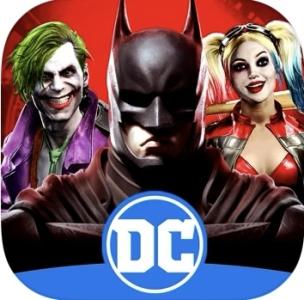 Who’s in your Justice League? Join your favorite DC Super Heroes & Villains in the best fighting game on mobile. Assemble a team of heroes like Batman, Flash & Wonder Woman to combat the forces against you. Master new combos and crush opponents in dynamic 3-on-3 battles. Upgrade your Super Heroes with special powers as you fight your way through the game. Become a champion by collecting gear for your characters and dominating your foes in PvP contests. Every battle will define you—join the fight and become the ultimate DC champion! ACTION PACKED COMBAT • Unleash epic combos on your opponents using Superman’s heat vision, The Flash’s lightning kick, Harley Quinn’s cupcake bomb and much more • Take your battles to the next level—inflict massive damage using your favorite DC characters’ super moves • Earn rewards from each fight to customize your Super Heroes with powerful gear, and collect special characters like Armored Superman, Arkham Knight Batman and much more • Team up with friends and assemble an unstoppable League! Together you can prevent the collection of worlds and defeat the ultimate boss, Brainiac. • Be social—chat with friends, donate hero shards, participate in Raids, and more! CONSOLE QUALITY STORY • Injustice 2 continues the story set in motion in by the hit game Injustice: Gods Among Us • Immerse yourself in cinematics straight from the console—with the Justice League shattered it is up to you to pick-up the story and unite a team • Experience the best graphics on mobile—play with Superman, The Flash and many more in high definition combat • Become the champion the world needs—enter a contest of Super Heroes where only the powerful win FIGHT YOUR WAY TO THE TOP • Join the contest—enjoy daily challenges and rise up the leaderboard with every victory • Enter the PvP arena and fight players around the world to become a champion • Unite the likes of Flash, Supergirl, Batman and more to fight in epic PvP combat Join now today and unite YOUR Justice League! 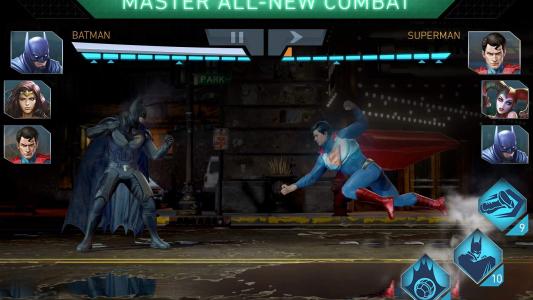