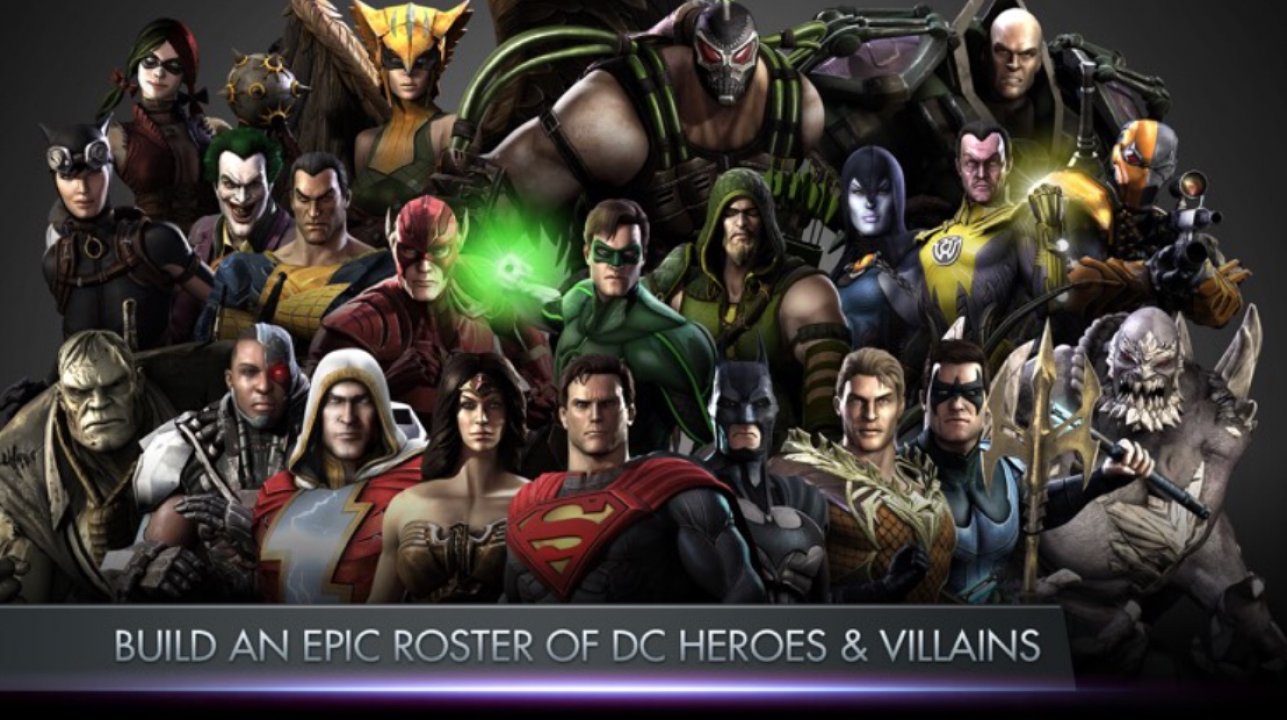 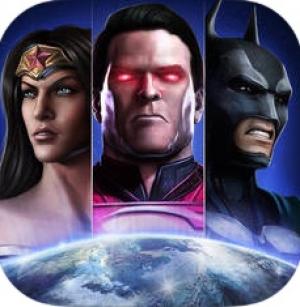 Injustice: Gods Among Us

Also know as: Injustice: Gods Among Us (Mobile)

Build an epic roster of DC super heroes and villains and get ready for battle! INJUSTICE: GODS AMONG US is a free-to-play collectible card game where you build a roster of characters, moves, powers, and gear and enter the arena in touch-based 3-on-3 action combat. FIGHT Use the touch screen mechanics of your mobile device to battle your enemies in 3-on-3 action combat. Swipe and tap to perform combos and build your power to pull off special attacks and super moves taken straight from the console version of the game. LEVEL UP Build your move set, increase your powers, upgrade your characters and gear, and beat your competition. Constantly evolve your card collection to fit your style of play and put your best team forward as you take on a series of DC super hero and villian combatants. ONLINE MULTIPLAYER Take on real opponents in Online Multiplayer Battles. Compete against players worldwide on the leaderboards, and in tournaments filled with awesome rewards. Lead your team to victory! MASSIVE ROSTER Collect and play as your favorite DC Comics icons: Superman, Batman, Wonder Woman, The Joker, Green Arrow, Flash, Bane, Green Lantern, Doomsday, and many others. With each alternate version of these iconic characters you get a new set of powers and moves, and a whole new fight! AMAZING GRAPHICS Delivers best-in-class graphics on your phone or tablet, with custom animations for every single super hero and villain. Take the battle to Arkham Asylum, the Batcave, The Watchtower, and other iconic locales from DC Comics, fully rendered in 3D. Please Note: INJUSTICE: GODS AMONG US is free to play, but it contains items that can be purchased for real money. 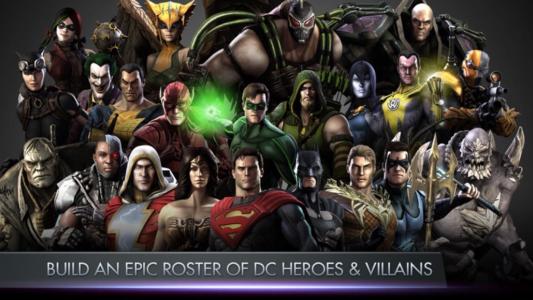