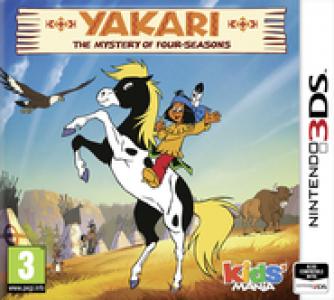 YAKARI: The Mystery of Four-Seasons

Few outside of the French-speaking world may be aware of Yakari, but in Belgium and France he's made a big splash. A young Native American boy with the power to communicate with animals, he's the eponymous hero of a 1973 comic book which has spawned almost 40 sequels, two French cartoons and even an award-winning German musical that has been running for the last three years - and now, after four decades, he's starring in his first video game exclusively on 3DS. It's a shame, then, that Yakari: The Mystery of Four-Seasons doesn't live up to the series' reputation.