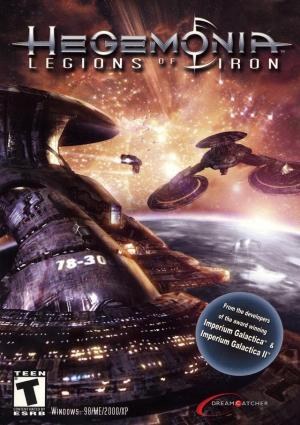 The year is 2104 and humanity is engaged in a fratricidal war between the inhabitants of Earth and colonized Mars. After weeks of fierce battles and heavy losses, an opportunistic alien force emerges from the depths of space and threatens to take over the solar system--just when humanity is in its weakest and most divided state. In this real-time strategy game, you'll control four different races and fight in space with more than 40 battleships. Hegemonia boasts a large technology tree, a spying system, heroes management, and wormholes that enable multisystem battles.