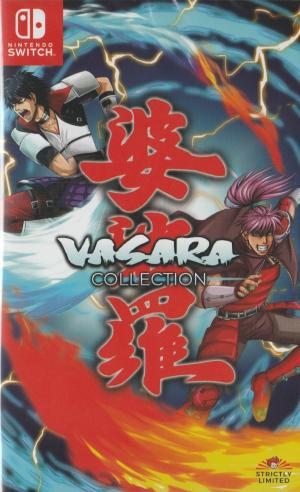 For the very first time, highly acclaimed Japanese Arcade Shoot’em Ups, Vasara and Vasara 2, are made available to the whole world via this package: VASARA Collection! Science Fiction meets History in these arcade classics which take place in an alternate timelime Feudal Japan where technologically advanced weaponry and equipment are a reality, and heroes use flying motorcycles with amazing firepower and fierce melee weapons to destroy their enemies. Fight against warships, battle tanks, giant robots, evil soldiers and rogue Samurais to prevent 1600's Japan from being taken over by tyrannical forces. The highly skill-based gameplay keeps you at the edge of your seat at all times. Try and stay alive on this frantic game where everyone, and everything, is out to kill you! Main features: - Brand new game mode with Widescreen and 4-Player Co-Op support; - Tate Mode/ Vertical Mode support; - 9 playable characters inspired by real Japanese historical figures; - Sci-Fi meets Feudal Japan in this retelling of historical battles; - Fight Robots and Samurais using traditional shooting and powerful melee attacks; - Heavily skill-based gameplay for Experts; - Easy Mode for Starters; - Branching Paths and Multiple Endings according to your characters and in-game actions;