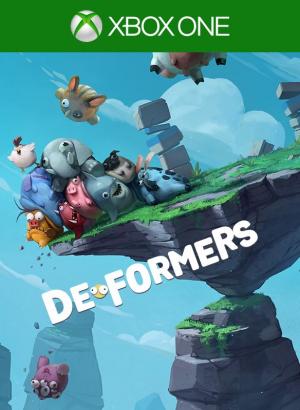 Deformers is a multiplayer brawler game played from a third-person perspective.[1] Players take control of squishy ball-shaped creatures called a Forms that are capable of rolling, jumping, dashing, and absorbing items.[2][3] In the deathmatch and team deathmatch modes, the goal is to roll around and knock opponents off the arena platform.[2] Form-ball is a mode that plays like association football, a ball must be knocked into a net to score goals.[2] The game supports online 2, 3, and 4-player splitscreen as well as online multiplayer with up to eight players.[3