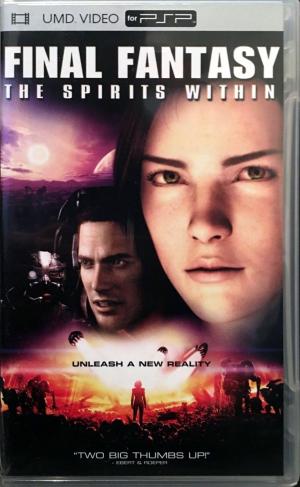 Directed by Hironobu Sakaguchi (who also created the best-selling series of video games that inspired the film), the groundbreaking FINAL FANTASY, which stars a startlingly lifelike cast of animated characters, is the first photo-realistic computer-generated feature film ever made. In the year 2065, Earth has been taken over by a race of alien phantoms and transformed into a barren wasteland sprinkled with dome-enclosed barrier cities--the last remaining bastions of human civilization. Dr. Aki Ross (voiced by actress Ming-Na) has teamed up with Captain Gray Edwards (Alec Baldwin) to search for the "eighth spirit," a powerful entity dwelling in an unknown life form somewhere on the planet. It holds the key to perfecting a system of energy waves that will neutralize the phantoms. Ross's opponent is the reckless General Hein (James Woods), who is determined to put a stop to the alien invasion by firing a satellite cannon directly into a nest of phantoms located deep within the Earth, even though this could mean obliterating the planet itself and all life upon it.