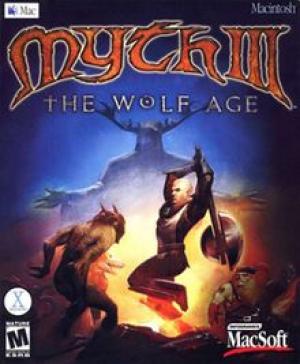 Myth III: The Wolf Age is a 2001 real-time tactics video game developed by MumboJumbo and co-published by Take-Two Interactive and Gathering of Developers for Microsoft Windows and by Take-Two and MacSoft for Mac OS. The Wolf Age is the third game in the Myth series, following 1997's Myth: The Fallen Lords and 1998's Myth II: Soulblighter, both of which were developed by Bungie. In 1999, Take-Two purchased 19.9% of Bungie's shares, but when Microsoft bought Bungie outright in 2000, the rights for Oni and the Myth series were transferred to Take-Two, who hired the startup company MumboJumbo to develop Myth III.