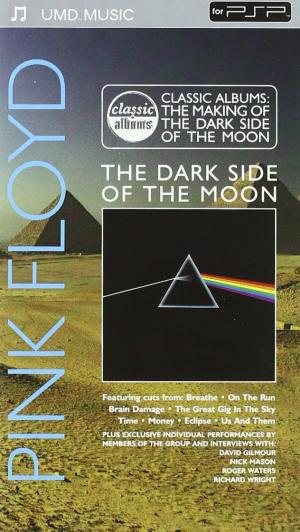 Pink Floyds "Dark Side of the Moon" Classic Album is the creative story behind the masterpiece: "Dark Side Of The Moon". "Dark Side Of The Moon" transformed Pink Floyd from art house favorites to global, stadium superstars. Prior to 1973, Pink Floyd maintained a relentless gigging schedule and by the time they came to record "Dark Side Of The Moon" had already created many of the basic tracks. "Dark Side Of The Moon" would be the first Pink Floyd (post Syd Barrett) album where Roger Waters would supply all the lyrics around a concept: The Circle of Life. With the timeless qualities of its production and musicality, allied to the hypnotic evocation of its central themes - alienation, paranoia, madness, war and death, "Dark Side Of The Moon" would become the album that would dominate the 70s and 80s (with a record number of 741 consecutive weeks in the Billboard 200). This program takes an in-depth look at the making of the 1973 album. All four members of the band; Roger Waters, David Gilmour, Nick Mason and Richard Wright are featured in exclusive interviews. Roger, David and Richard play songs and demonstrate themes from the album. Alan Parsons (the original engineer) takes you through the multi track tapes giving a unique insight into the musical fabric of the record and the program is illustrated throughout with archival footage. "Dark Side Of The Moon" with its combination of great songs, inventive effects and one of the best known sleeves ever, tapped into the worlds collective subconscious and became a landmark in Rock history and a truly Classic Album.