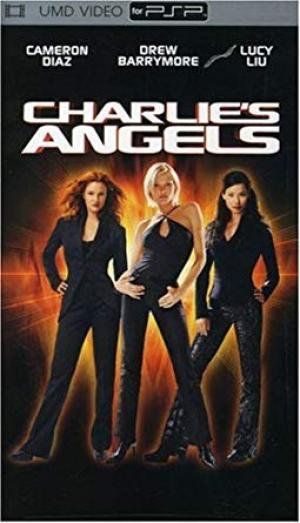 Charlie's Angels is a 2000 American action-comedy film directed by McG, and written by Ryan Rowe, Ed Solomon, and John August. It is the first installment in the Charlie's Angels film series based on the television series of the same name created by Ivan Goff and Ben Roberts, which also serves as a standalone sequel. Unlike the original series, which had dramatic elements, the film features more comical elements. It stars Cameron Diaz, Drew Barrymore, and Lucy Liu as three women working in a private detective agency in Los Angeles. John Forsythe reprised his role as the unseen Charlie's voice from the original series. Making cameo appearances in the film are Tom Green (who was dating Barrymore at the time of production) and LL Cool J. The film was released on November 3, 2000 in the United States by Columbia Pictures, and received mixed to positive reviews from critics. It is later followed by sequels Charlie's Angels: Full Throttle in 2003 and the 2019 film of the same name.