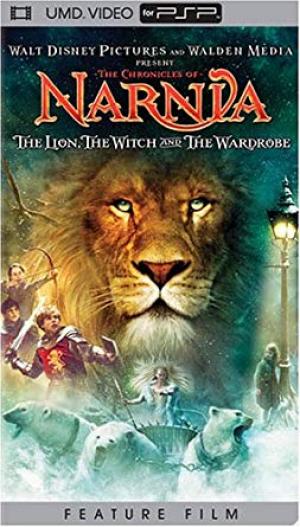 Chronicles of Narnia The Lion, The Witch, and the Wardrobe UMD Video

During the World War II bombings of London, four English siblings are sent to a country house where they will be safe. One day Lucy (Georgie Henley) finds a wardrobe that transports her to a magical world called Narnia. After coming back, she soon returns to Narnia with her brothers, Peter (William Moseley) and Edmund (Skandar Keynes), and her sister, Susan (Anna Popplewell). There they join the magical lion, Aslan (Liam Neeson), in the fight against the evil White Witch, Jadis (Tilda Swinton).