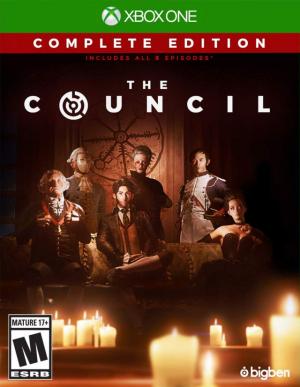 Louis de Richet is the main character, son of Sarah Faustine de Richet and member of The Golden Order, a fictional secret society which seeks occult artifacts. During the prologue, they are both kept captive as a result of getting caught stealing a book. The captor mentions the book by name: Al-Azif. Following the summoning of Louis to the manor of Lord Mortimer, under the guise of helping find his missing mother Sarah de Richet, secrets regarding the influence of Lord Mortimer upon world leaders begin to unfold. The player chooses between 3 classes each with different set of skills: Diplomat (Etiquette, Conviction, Politics, Diversion and Linguistics), Occultist (Science, Occultism, Manipulation, Erudition and Subterfuges) and Detective (Questioning, Vigilance, Psychology, Logic and Agility). There is a RPG's EXP gaining system, that allows the character to raise his level as well as the level of his skills. The progression system has 15 available character skills, 44 talents, and 20 traits that will make the character behave differently in accordance with them. Character skills are where the player can spend points to develop particular abilities, and they're broken down into the three classes mentioned. Talents are separate from skills, and they bestow permanents character bonuses on the character. Some are gained by leveling skills up to a certain point, performing specific actions, or consulting the game's journal for useful snippets of info about other characters' weaknesses and immunities. Traits are permanent positive or negative effects the player doesn't know he's gaining as the requisites are hidden from the player.