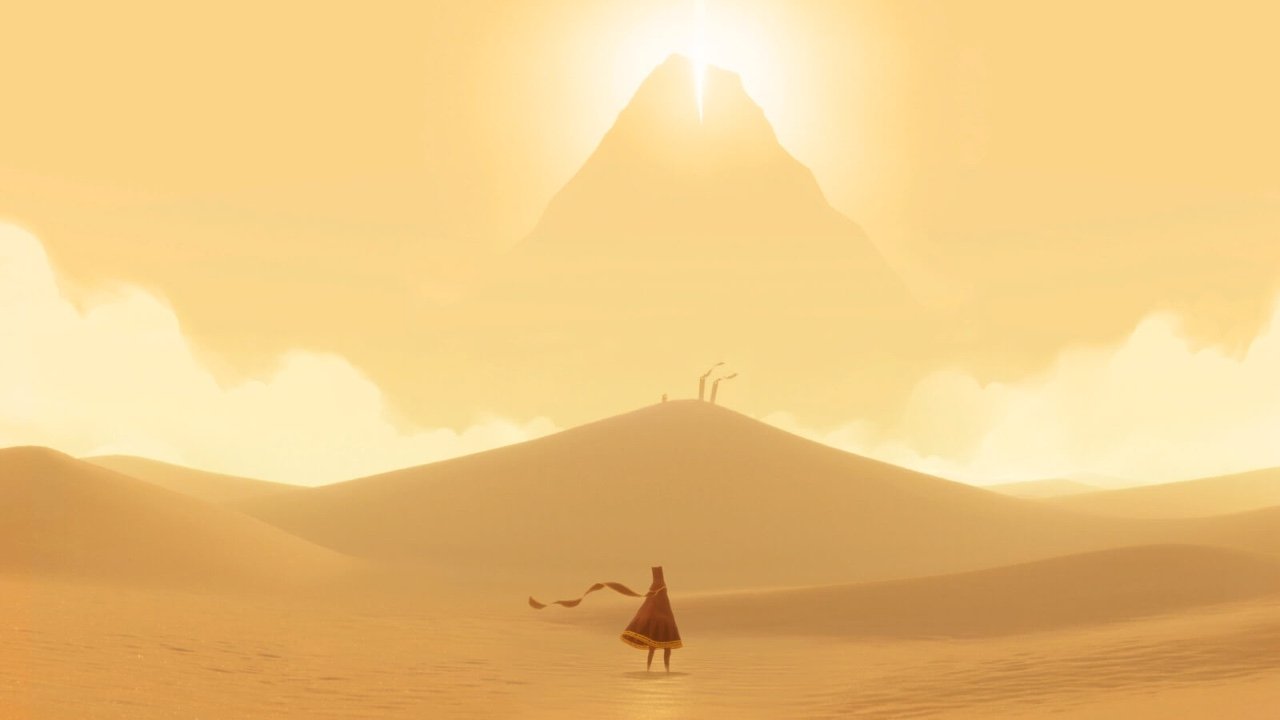 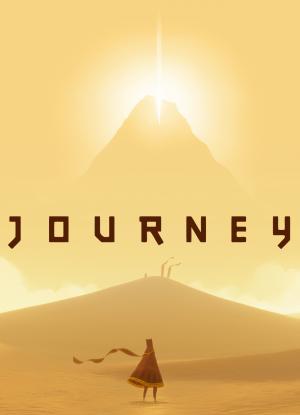 In Journey, the player controls a robed figure in a vast desert, traveling towards a mountain in the distance. Other players on the same journey can be discovered, and two players can meet and assist each other, but they cannot communicate via speech or text and cannot see each other's names until after the game's credits. The only form of communication between the two is a musical chime. This chime also transforms dull, stiff pieces of cloth found throughout the levels into vibrant red, affecting the game world and allowing the player to progress through the levels. The robed figure wears a trailing scarf, which when charged by approaching floating pieces of cloth, briefly allows the player to float through the air. The developers sought to evoke in the player a sense of smallness and wonder, and to forge an emotional connection between them and the anonymous players they meet along the way. The music, composed by Austin Wintory, dynamically responds to the player's actions, building a single theme to represent the game's emotional arc throughout the story. 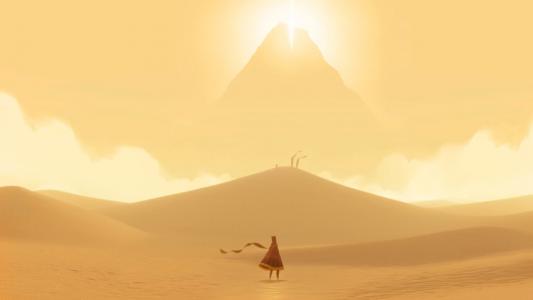 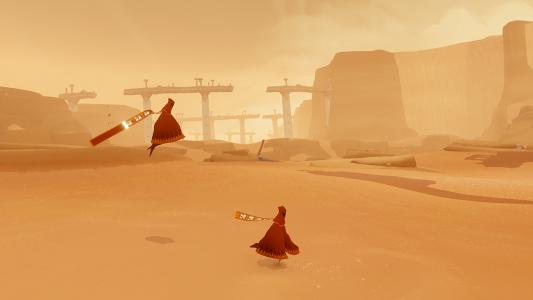