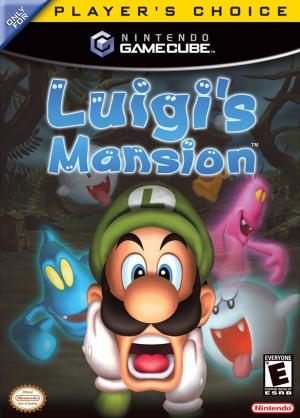 One day, Luigi was surprised to receive a message informing him of the results of a contest. The note read, "You've won a huge mansion!" Despite the fact that he had not even entered a contest, Luigi was so excited he decided to claim the prize. Calling his brother, Luigi said, "Mario? It's me, Luigi. I won myself a big mansion! Meet me there and we'll celebrate, what do you say?" So, Luigi and Mario set off independently after one another into Boo Woods. Mario arrived at the mansion first in order to investigate, where he was quickly kidnapped by the ghosts. King Boo forced Mario through the Portrificationizer and hung the painting in the Secret Altar deep within the mansion.