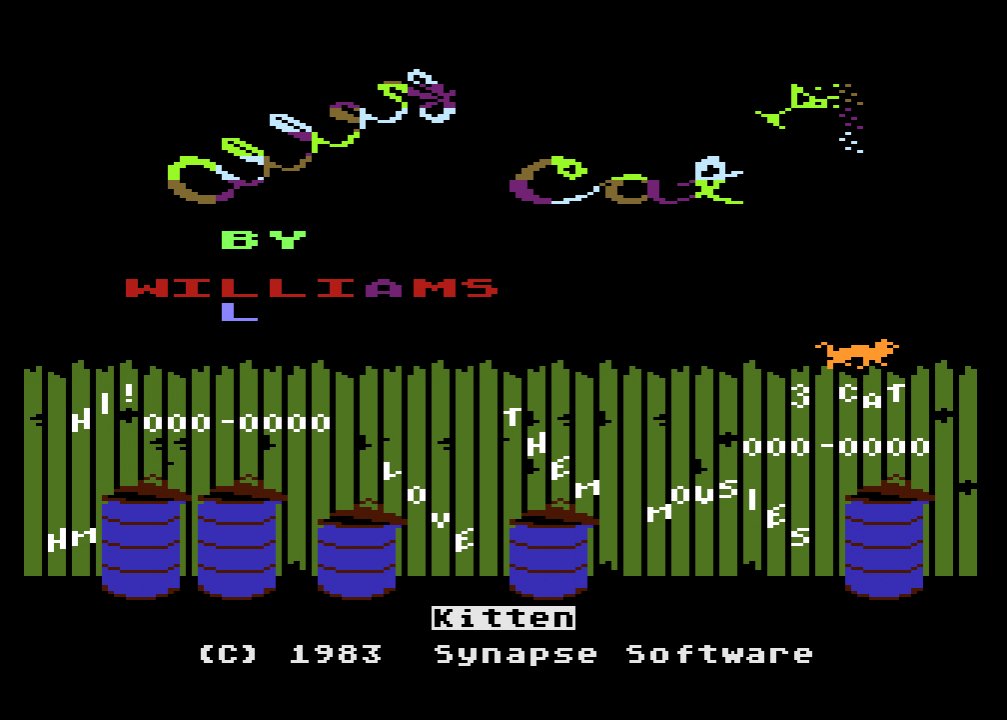 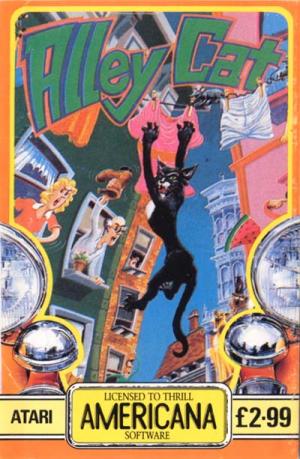 In the main screen, which is the alley, the player is presented with a tall fence in front of an apartment building with several windows. Each window periodically opens to throw out random objects (a phone, shoe, etc.). Every once in a while a dog may come running along the bottom edge of the screen. If the cat touches this dog, they get into a fight and one life is taken away. By jumping and climbing trash cans, the fence, and clotheslines, the cat can enter various rooms through the open windows. Each room contains one of several challenges: In one room there's a table with a birdcage on it in the middle of the room. Here the objective is to push the birdcage off the table and then catch the bird which escapes from the broken cage. In another room, there's a fishbowl which the cat can enter and must eat all the fish while dodging electric eels and repeatedly coming up for air to avoid drowning. Yet another room contains a huge chunk of cheese with a number of holes. In each hole mice appear randomly, which the cat must catch. The cat may also find itself in a room with a number of sleeping dogs, some of which have feeding dishes in front of them. The cat must empty each dish without waking up any of the dogs. In another challenge, the cat must collect three ferns from the top of a bookshelf while avoiding a disproportionately large spider that may lower itself upon the cat from above. 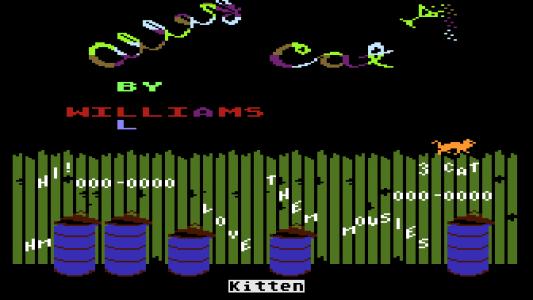