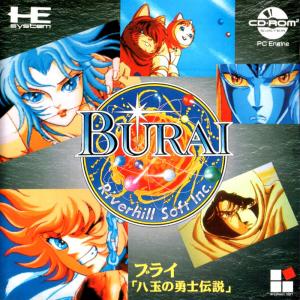 The world of Kypros is populated by many races: humans, intelligent reptiles, dog-like wosshus, and others. There are also many gods in Kypros. Not all the gods could accept the peaceful co-existence of creatures in Kypros, and Daar, the god of darkness, plotted evil schemes until he was defeated and sealed by the god of light, Risk. Years have past, and the evil demon lord Bido is trying to resurrect Daar. According to an ancient prophecy, only eight heroes, the bearers of magic pearls, can stop Bido's evil plans: eight heroes who come from different parts of Kypros, unaware of their great mission. Among those heroes are the young pirate Zan Hayate, the fighter of the wosshu tribe Gonza and his little sister Maimai, the beautiful sorceress Lilian Lancelot, and others.