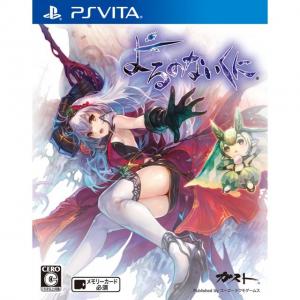 The game follows the journey of two girls within an uncharted land known as Rusewall Island, where no one sleeps at night. After humans emerged victorious from the battle against the Ruler of the Night, the blue blood from the monster scattered and polluted those who bathed in it, changing them into creatures known as Jayou which steal night-time from the people. Language: Japanese