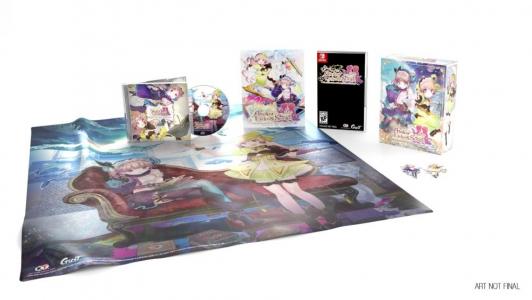 Atelier Lydie & Suelle: The Alchemists and the Mysterious Paintings is a role-playing video game developed by Gust Co. Ltd., and originally released in Japan for the PlayStation Vita and PlayStation 4 in December 2017. It was released worldwide in March 2018 for the PlayStation 4, Nintendo Switch and Microsoft Windows. It is the nineteenth main entry in the Atelier series celebrating the 20 years of the franchise. It is also the third and final game of the Mysterious storyline. Limited Edition Includes: • Atelier Lydie & Suelle: The Alchemists & the Mysterious Paintings for Nintendo Switch™ • Official Hardcover Art Book • Official Soundtrack • Deluxe Cloth Poster • Collector's Box • Set of 2 Deluxe Alchemists Pins