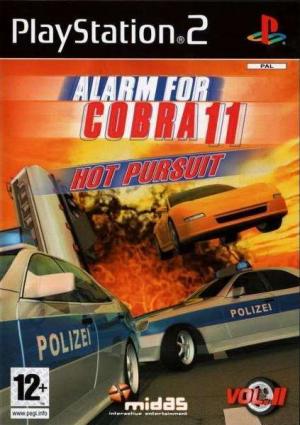 Alarm für Cobra 11 - Vol. II is a licensed game about the eponymous German action TV series and basically the same game as its predecessor: the player uses one of 25 cars, drives on the highway and causes explosions. It is the second game in the series. The player solves one mission after another the goal is mostly to chase other drivers down. In the process he unlocks special cars and a Making Of about the pilot movie. The courses are based on Berlin, Cologne, Hamburg and Munich.