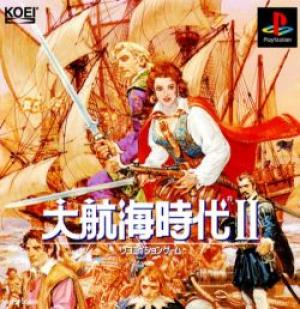 Daikoukai Jidai (also known as Uncharted Waters) is a popular Japanese video game series produced by Koei as part of its Rekoeition games. In East Asia, the series has a large cult following, but has not received much recognition outside the region. The series has been compared to Sid Meier's Pirates! in gameplay and theme. It is a simulation and role-playing video game series dealing with sailing and trading. In the games, the player takes up the role of a captain (also called commodore in some translations) and manages a seagoing fleet to participate in trades, privateering, treasure hunting, exploration, and plain piracy. Even though the series is largely open-ended, there is still a loose plot which requires the player to follow certain paths, and deviating from these paths may stall the progress of the story. Daikoukai Jidai II (aka Uncharted Waters - New Horizons) is perhaps the most famous of the series. Even though an English version exists, it still has not managed to achieve the mainstream popularity Pirates! had. There is only a relatively small following outside of East Asia.