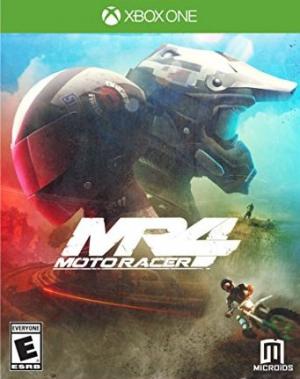 Moto Racer 4 revives the winning formula of this motorbike racing game series. High-speed races on powerful road bikes alternate with motocross contests on nimble dirtbikes for continuous thrills and white-knuckle rides. The arcade-inspired gameplay is intuitive yet rewards technical prowess -- while ignoring the rules of fair play as players can use any tactics to hit the finish line in first place! Developed under the supervision of the series’ original designer, Paul Cuisset, Moto Racer 4 includes a variety of single and multiplayer game modes. In addition to regular fixtures such as the Time Trial, Single Race and Championship, there are diverse racing challenges such as King of the Hill, Last Man Standing, Survival, Catch-Up, Wolf Pack, Ghost Bike, and Golden Helmet competitions.