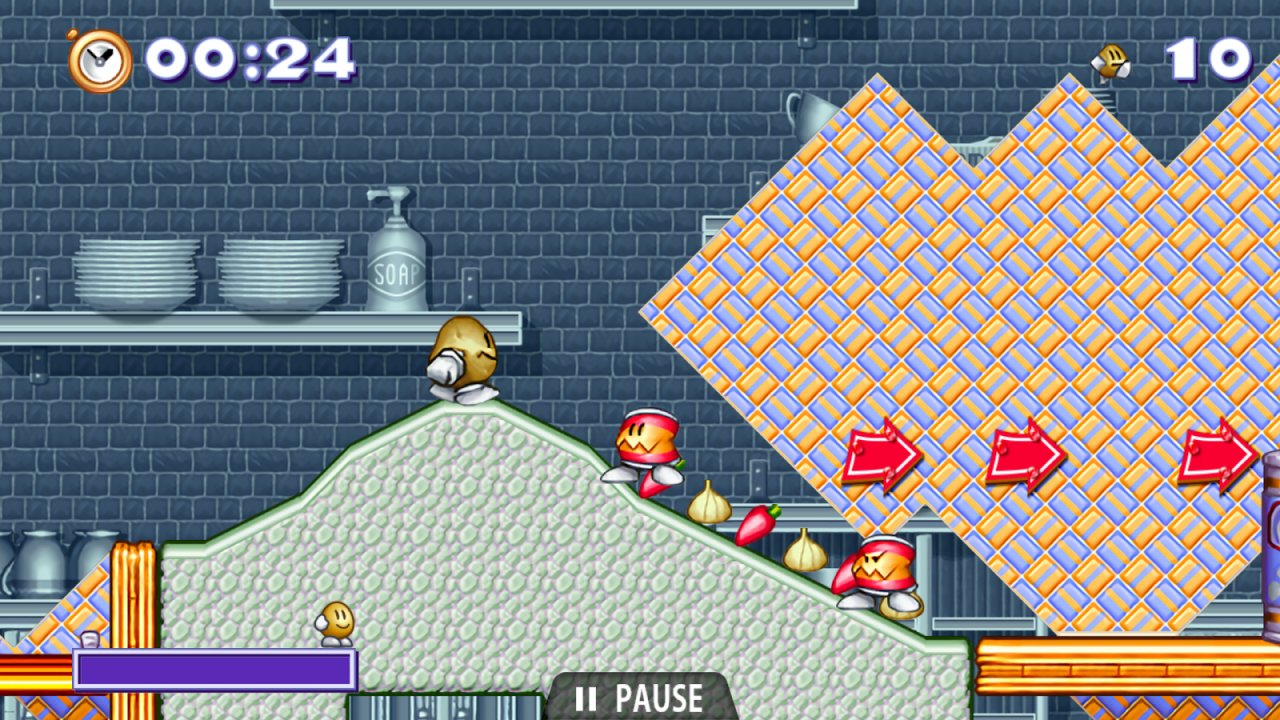 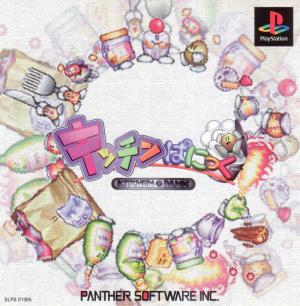 Kitchen Panic is a whimsical 2D platformer starring a potato. An army of cans and other foodstuffs have taken over the kitchen, and Potato must stop them! Each sprawling level is designed for both exploration and speed, as in each stage there are ten kettles of special sauce hidden around, but the game also keeps track of your fastest time on each stage. Potato has a unique special ability to aid him: he can spin in mid-air like a certain hedgehog, and use the force to launch himself further and faster than he can run. A forward spin will launch him forward, and a backspin will launch him straight upward. This greatly aids in exploration of each stage, allowing for very long or high jumps. There are also a number of power-ups to be found, including Ice Potato and Rocket Potato. The game is made up of a number of zones, each with six stages. At the end of each zone, Potato must face off against a food-themed boss enemy, such as a stack of plates or a giant ice cream cone. 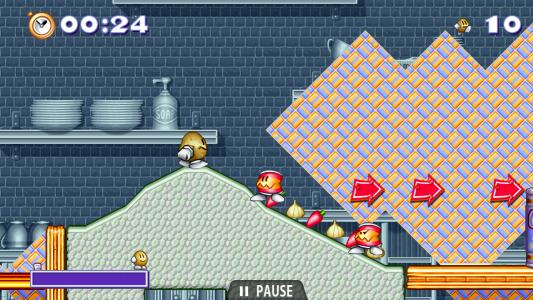