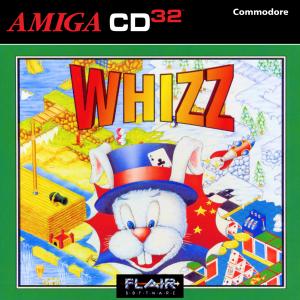 Whizz is a 1994 isometric platform game released for the Amiga, Amiga CD32, and MS-DOS. In 1996, it was ported to the Super NES, and in 1997, to the PlayStation and Sega Saturn. Within the game, "Whizz" refers to the player character's magical talents, being short for "wizard". However, marketing for the game used it in reference to the slang term for urination, such as in the advertising slogan "Ever feel the need for a Whizz real bad? You will."