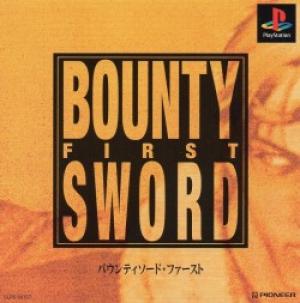 Bounty Sword First is a remake of the 1995 SNES obscure RPG, when this game was released in Playstation Pioneer planned it to be the first game of a trilogy, but only a sequel was released (Bounty Sword Double Edge). The game takes place in the year 4093 when a war is started when the Hand of God army started an invasion and conquered the north part of the continent, with different armies in this war. The main character of the game is a 31 years old man called Sword, once a glorious knight 10 years ago, and now he is just a bounty hunter (that works with a fairy named Tethys) until one day when he meets a young girl his great adventure is going to start. The gameplay is a bit strange since the player controls only the fairy and can only set the strategy before each battle, after that the characters start fighting the opponents and the player can only help them.