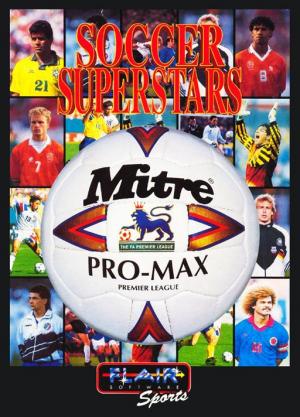 Soccer Superstars is a 2D side-scrolling football game in which the player can chose from 32 international teams to take part in either friendly games or cup tournaments. These can be played against the computer or both computer and a friend, however there is also a demo mode in which you will be able to see an entire tournament -or a friendly match- as a mere spectator. You are also free to modify team line-ups (all composed of real national player names), select basic formation systems, and alter the game length. The game interface is multi-language.