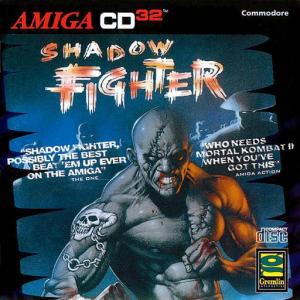 Shadow Fighter was one of the few Mortal Kombat influenced beat 'em ups released for the Amiga. There are 16 fighters, each with their own home country and arena, plus Pupazz, a puppet you could repeatedly attack to practice moves. The usual sequence of best-of-3 fights is on offer, with variable difficulty and optional blood. The control system is designed around a one-button controller, but still offers 25 moves for each player, with special moves executed by spinning the joystick round 180 degrees. Each arena features multi-layer parallax, with up to 80 colors.