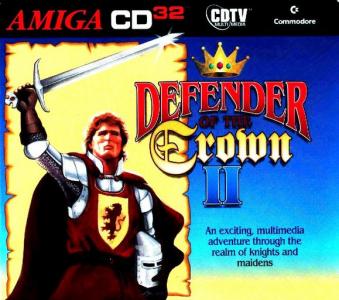 Defender of the Crown II

King Richard has been imprisoned on his way back from the crusades. In order to free him 20,000 pounds worth of ransom money must be gathered. Of course the nobles of the land aren't willing to give up their wealth, so this money must be obtained through tournaments, raids and outright battle against individual provinces. All of the nobles have castles, so at times siege equipment must be used. Defender of the Crown II is the sequel to Defender of the Crown. It improves over the game by upgrading the arcade sequences. Here, unlike the original game; sword fighting is about method and is not just wild clicking of the mouse button. The siege sequence is also enhanced with different types of ammo (such as Greek fire) to toss into the castle. The jousting is now easier to control and the lance no longer bounces around wildly.