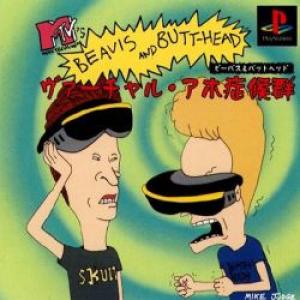 Beavis and Butt-head in Virtual Stupidity

Beavis and Butt-head in Virtual Stupidity is an adventure computer game based on the American animated television series created by Mike Judge, Beavis and Butt-head, that was developed and published by Viacom New Media. It was released on August 31, 1995. It featured vocals from the series' cast of voice actors, including Mike Judge. Besides the main game, four mini-games are featured, called Hock-A-Loogie, Court Chaos, Bug Justice and Air Guitar. It was originally released on the PC. A PlayStation port was made, but was only released in Japan and features Japanese voice acting for all the characters.