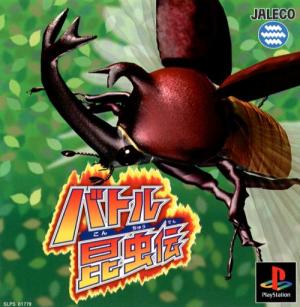 Battle Konchuuden is a Role-Playing game, developed and published by Jaleco Entertainment, which was released in Japan in 1999. Battle Konchuuden is a game about a young kid that love insects and one day he find a fairy in a the woods and she will start to teach him about the insects fights. Most of the fights are in the woods and the insect that your character defeats will join the player's party. There is also a VS mode in which the player can battle the computer or another human player and can use the insects that they collect in the story mode.