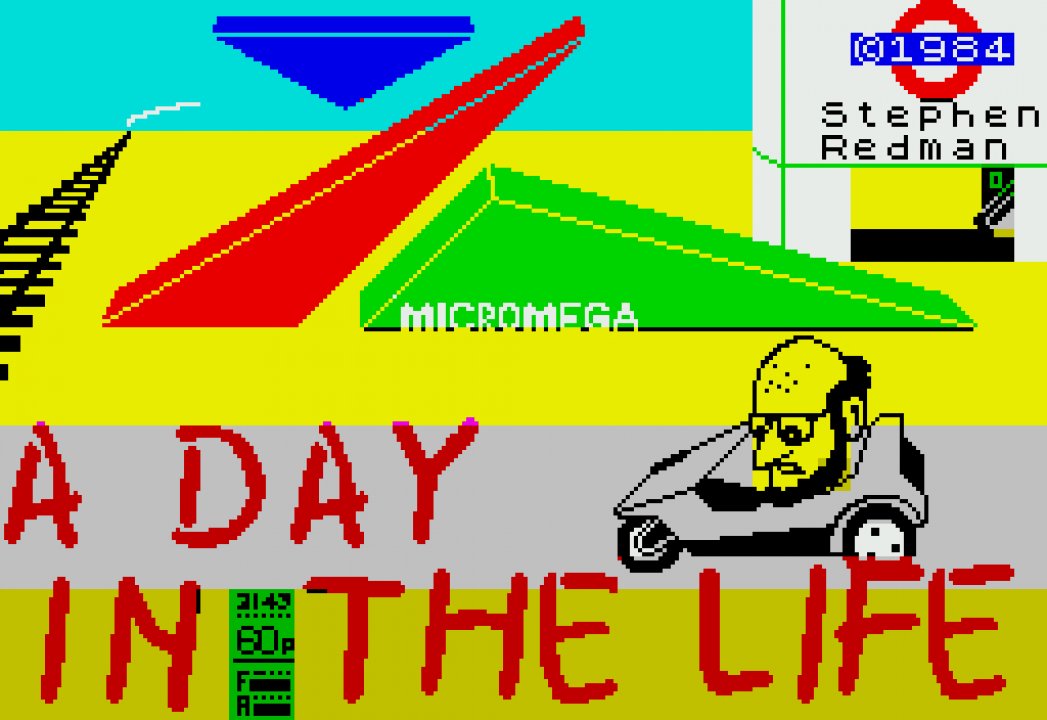 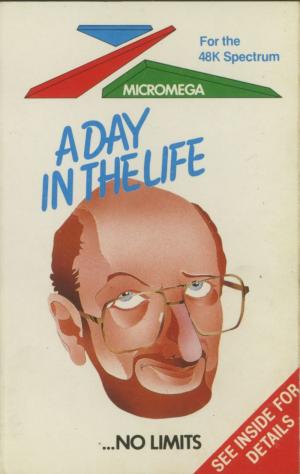 A Day in the Life

Bearded inventor Sir Clive Sinclair was so respected by users of his computer system that he even starred in this game. As the title suggests, the game involves navigating Clive past a series of mundane tasks. To give you a clue, the first level involves getting out of bed, getting a suit from a cupboard (dodging a TV, a Spectrum and a cat in doing so), then going upstairs to collect a key (dodging what appears to be an alien), then going back downstairs through the door. Unusually, all points are assessed and awarded after the level is completed. 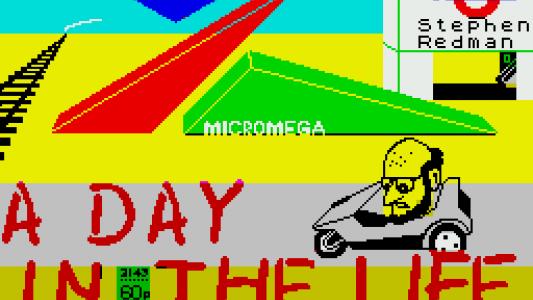 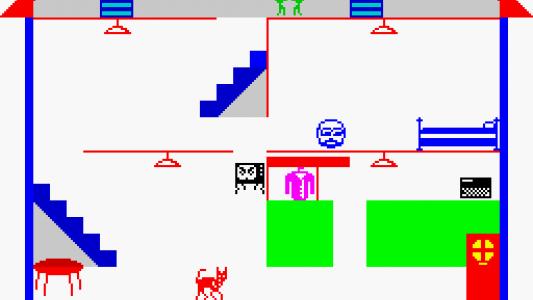