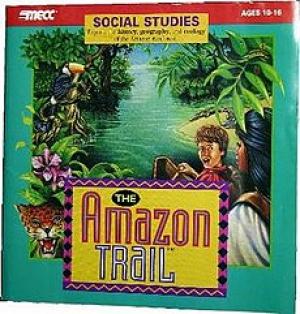 The Amazon Trail is an educational computer game created by MECC. It was inspired by the popularity of The Oregon Trail, featuring the areas surrounding the Amazon River and some of its tributaries. In this 2-D adventure, the player is asked to set out on a journey up the Amazon, hoping to make it to the lost Inca village of Vilcabamba. Along the way, the player learns about the people who live on and use the river for their survival. The Amazon Trail is known for being significantly more difficult than its predecessors in the franchise, such as The Oregon Trail. There are two sequels, Amazon Trail II and Amazon Trail 3rd Edition. It was released in 1993 for MS-DOS, 1994 for Windows 3.x and 1996 for Windows and Macintosh.