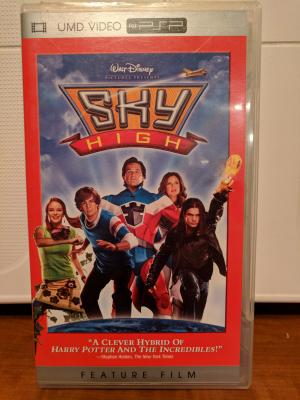 Sky High is a 2005 American superhero comedy film about an airborne school for teenage superheroes. It was directed by Mike Mitchell, and written by Paul Hernandez, Robert Schooley, and Mark McCorkle. The film stars Michael Angarano as Will, an incoming freshman at the school, Danielle Panabaker as his best friend and love interest, Kurt Russell and Kelly Preston as his parents, Mary Elizabeth Winstead as a popular senior, Steven Strait as Will's rival, and Lynda Carter as Principal Powers.