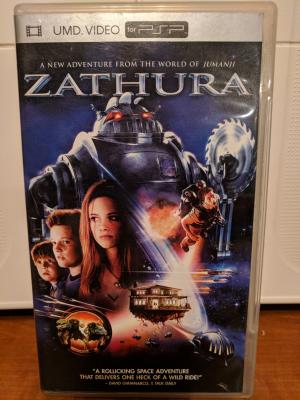 Zathura: A Space Adventure (or just Zathura) is a 2005 American science fantasy adventure film directed by Jon Favreau, and is loosely based on the illustrated book Zathura by Chris Van Allsburg, author of Jumanji. The film stars Josh Hutcherson, Jonah Bobo, Dax Shepard, Kristen Stewart, and Tim Robbins. The film was shot in Los Angeles and Culver City, California and was released on November 11, 2005 by Columbia Pictures.[3] Unlike the book, the film contains no Jumanji material and does not mention any Jumanji events. The film was however marketed as a spiritual sequel with varying statements of the tagline, "A new adventure from the world of Jumanji". Despite positive reviews from critics, Zathura was a box office disappointment.