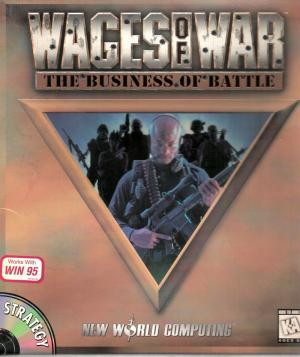 Wages of War: The Business Of Battle

Wages of War is a squad level tactical simulation set in the year 2001. The game is a solitaire simulation pitting the player as owner of a mercenary company, against computer controlled enemy forces and competing mercenary companies. The goal of Wages of War is to make the most money possible and become the world leader in mercenary activities. To do this, the player must plan missions carefully, spending enough money to acquire what is needed for each mission, while minimizing expenditures and casualties. Winning missions is not enough, the player must win each mission while making the greatest profit possible.