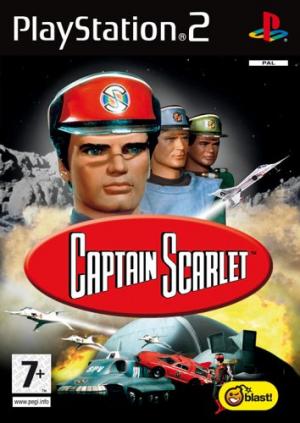 Developer(s): Brain in a Jar

Captain Scarlet is a 3D racing/shooter game based on the TV series Captain Scarlet and the Mysterons (1967-1968). The player takes control of Captain Scarlet who has to protect the world from the Mysterons, an alien race wanting revenge for the destruction of their base on Mars by Captain Black. In the game captain scarlet takes on missions to thwart the plans of the Mysterons. These missions include escorting V.I.P.s, rescuing Captian Blue, destroying a bomb truck and delivering supplies in time. While playing, the player will drive two different vehicles that can fire projectiles - the Spectrum patrol car and Spectrum pursuit vehicle.