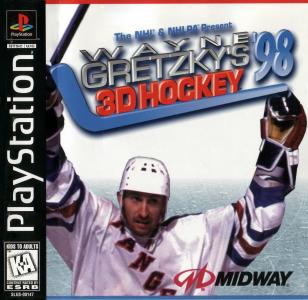 Gameplay consists of two basic options: Arcade and Simulation. Although the graphics and earlobe vary little between the two, other changes have the effect of changing the chemistry and intensity of gameplay between the two options. The gamer has the ability to customize period length, fatigue (on/off), line changes, fighting (on/off), penalties (simulation only), rink size (arcade only), puck-streak (on/off), and camera angle. Simulation Mode: Simulation mode is designed to emulate the real game of hockey. Players may play five, four, or three to a side, depending on preference. Recognition of penalties, off-sides, and icing are all optional, but two-line pass is not considered. Period length can be selected between 5, 10, 15, and 20 minutes. Arcade Mode: During the Arcade mode checking, hooking, and tripping are more violent. Fights occur with greater frequency, and penalties are disregarded entirely. Additionally, arcade mode sees the introduction of a "power shot", which a player may utilize to light the net on fire after a goal. Arcade mode tends to be more exciting.